Last year proved to be fairly turbulent and unpredictable, which still seems to be the case now, however, it's exciting to see some changes that we've been making on our campuses! As this year begins, I pray that students continuously find opportunities to make new friends and that the Lord would work in their hearts to draw them closer to Him. 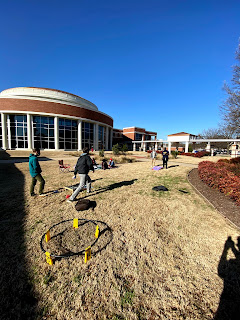 This year we've ramped up our presence on campus and have started meeting every Tuesday to play games out in the lawn as students walk by to their classes. Turnout has been really great so far and it has already drawn in students to join our ministry! It's clear to see that people still want to make friends and this semester for many is their first one in college, so we need to be sure that we're faithful in reaching out. 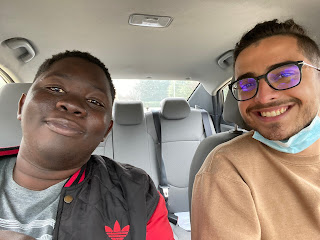 This is Johnathan, he just arrived here from Malawi, Africa, and he's one of the students that we've met on campus this month. He's such a sweet guy and I've enjoyed spending time with him these last few weeks. It's people like Johnathan that remind me of the mission we're doing and it's crazy how God had thrown him our way at a time I was pretty discouraged doing outreach. Praise God! 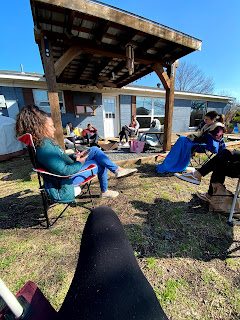 I don't think I've mentioned our staff team before, so here it is. Each week, our Collin Focus staff teams meets up to discuss things that our students on campus need. This semester, we're focusing in on three main ideas: togetherness, prayer, and scripture. We've divided our team of 10 into groups to take on each of these ideas, and I'm on the team that comes up with ideas to bring about "togetherness." So, we've planned this semester outreach events like you saw above, park day hangouts, worship nights, and more. Look forward to these as the semester goes on!

So, we used to have weekly fellowship nights on Thursdays last year, but we got rid of those due to Covid. Now, as we've gotten more of a feel for how to distant ourselves and be outside, we've returned to this idea but focus primarily on the teaching of scripture. Every Sunday evening we will have students come to a church parking lot where they can see each other, some for the second or even third time all year, crazy. 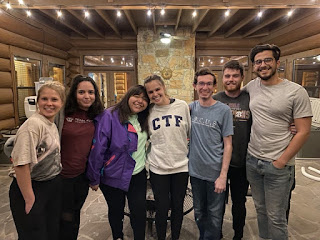 Towards the beginning of this month, the staff teams from all the Focus campuses went on a retreat to spend time with one another and do a book study over "Money and Power," super good. We were all tested so no one sick thankfully, and we all played games and hung out with each other. So here is a photo of the interns that you've seen in previous blogs, aren't we neat? 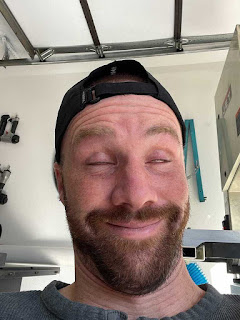 This is my Garrett. I meet with him each week on top of meeting with my direct supervisor, Pedro. Garrett has led the Collin Focus team for several years now and is someone I look up to very much. He's smart, funny, and pretty talented to say the least. He gave me permission to use this photo which quite actually sums him up pretty well.

What I've been learning

God has really been showing me that I don't have to perform to earn His love, which is so freeing. Recently, I've been reading a book called, "The Vulnerable Pastor," which has been such a joy. So far, I've read the first two chapters and was taken aback by how much I can relate to the author wanting to have it all together. I'm learning more about how God works and wants us to play a role in His creation The part that stood out most was the idea that God is our dad that needs to fix a car, and even though. we may not know what needs to be done on it, he'll ask us to hand him a wrench or two or let us turn on the ignition to see if it's working. How neat it that?

Spring is in full season! That means allergies... The semester is coming to a close, yet there are still so many things happening! God has b... 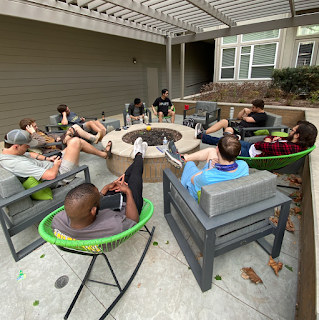